Protecting Sharks in Curacao and the Caribbean Region

The small Dutch Caribbean nation of Curacao is poised to play a huge conservation role for the future survival of endangered shark species in 2019, with the island due to host both the Annual Curaçao International Dive Festival as well as the 26th annual meeting of ICCAT, the international fishery management body responsible for overseeing commercial fisheries in the Atlantic Ocean.

As part of the Festival, September 29 – October 5, 2019, Project AWARE®, the international non-profit organization working to create positive change for the ocean through local and global action, will be launching a newly revised shark conservation course for the diving community.

Project AWARE partners in Curaçao currently participate in ongoing Dive Against Debris® surveys, where dive operators across the country record and report critical data on marine debris found on the seabed to ensure the health of the country’s marine habitats, and this year they will also be focusing on some of the most vulnerable species in the ocean, sharks.

“This year, Curaçao could potentially play a huge effort in reducing unsustainable fishing on endangered shark species, especially Mako sharks, the fastest shark in the ocean,” said Ian Campbell, Project AWARE’s Associate Director of Policy and Campaigns. “In October, we’ll be launching our newly revised AWARE Shark Specialty for the diving community which will include lots of information on the main threats facing many shark species, but also what divers and the wider community of ocean lovers can do to be part of the solution, including taking part in Project AWARE’s citizen science initiatives.”

The Curaçao International Dive Festival is a huge event that brings together like-minded ocean lovers for a week of festivities focused on protecting the ocean, and then, a few weeks later, government representatives from fifty-two countries will meet here to discuss fishing quotas for Atlantic tuna and other species including Mako sharks.” Bryan Horne, Creator and Founder of Dive Curacao. “The ministers making these decisions are all public servants, and we want to ensure that they hear, loud and clear, the message that the Curaçao community and international dive community want them to hear.”

ICCAT, the International Convention for the Conservation of Atlantic Tuna, is responsible for managing tuna and tuna-like species in the Atlantic Ocean and the surrounding areas, and the annual meeting will be held in Curaçao between the 18th – 25th November.

Campbell added “ICCAT fishery managers have continued to neglect their responsibility to manage catches of Mako sharks, with the Atlantic populations recently being downgraded to “Endangered” on the IUCN Red List of Threatened Species. It’s time they started listening to the public and impose a ban on catching these species before it’s too late.”

“These animals are keystone species that, if removed, can cause a cascading negative effect on the entire ocean ecosystem and human livelihoods- and it’s already been witnessed in some places.”

“The Caribbean Sea in general is a biodiversity hotspot for sharks in the Atlantic Basin. During our research initiatives we have tagged sharks with satellite transmitters in the North Eastern that have migrated all the way south to the Northern Coast of Venezuela. This research shows that the species using the whole Caribbean basin as a migratory pathway, highlighting the importance for regional conservation for some of the most threatened apex predators in the ocean. Therefore all conservation practitioners look forward to the ICCAT meeting as well as participating in the Curacao International Dive Festival working both on increasing regional and international conservation measures of the species while simultaneously engaging the diving community to lobby for the protection of these species which are so critically important for the Caribbean Sea and wider Atlantic Basin,” mentioned Bervoets. 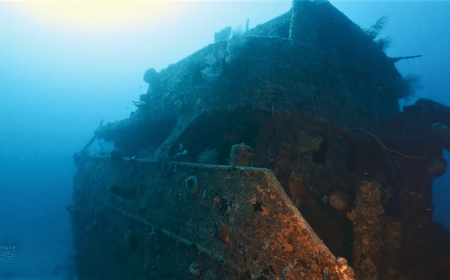