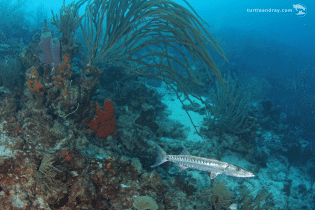 Lost Anchor in Caracasbaai is a favorite Curacao dive site because it is bright and colorful. It is located inside the boundaries of the Curacao Marine Park and below the steep west facing cliff of Jan Thiel, between Beacon Point and east of the large public beach in Caracasbaai.

Leaving the short plateau, you will immediately find a dense coral covering that hides an anchor chain that disappears into the depths which is why this site is named Lost Anchor.

Luckily the chain is not the only attraction here. A beautiful lush and steep wall that that hugs the shoreline is covered in Gorgonians and sea fans that make up this incredible underwater garden.  The dive finishes on a shallow plateau where seahorses like to hang out which makes this a fantastic site for macro photography.

Diver Tip: This dive site is more easily reached as a boat dive and is not recommended as a shore dive.

As the local story goes, it is said that the late Queen Juliana, who was invited to Director’s Bay, was so afraid of fish that the Royal Dutch Shell Group caged in a section of the bay for her, to increase her enjoyment and ultimately to ease her mind so that she could relax.

But you know, that’s just the story. The fact is that starting in the early 1900’s until departing in 1985, the Directors of the Royal Dutch Shell Group and the Dutch Royal family used this bay exclusively and it was considered private. Now, the beach and surrounding area are open for public use. 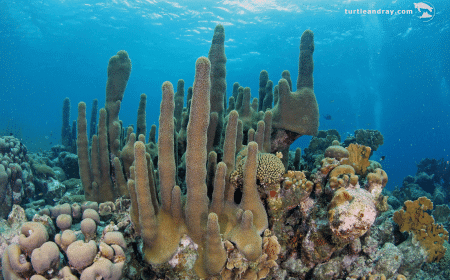