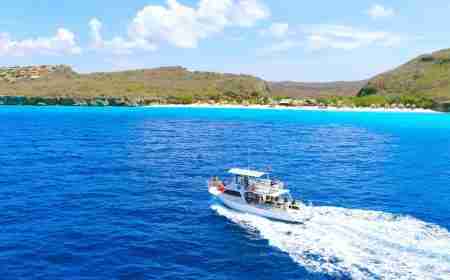 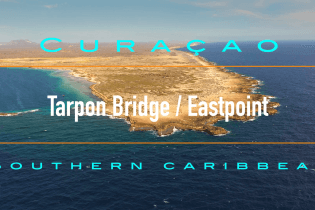 Eastpoint is located at the very eastern tip of Curaçao’s National Marine Park and this is a MUST DIVE!!

Only accessible by boat, this site is largely one of the most pristine and unblemished fringing reef systems on Curaçao, if not the entire Caribbean. Lush gorgonians cover the site, together with hard corals and sponges. A large school of tarpons inhabit the underwater bridge, a natural bridge that was formed by coral formations throughout time.

Sharks, eagle rays, large barracuda, and turtles have been spotted at this wonderful Curaçao diving location that has seen very little human impact.

Eastpoint contains five former plantations integral to the history of Curaçao and the history of the Caribbean: Klein St. Joris, Oranjeberg, Fuik, Duivelsklip, and the Eastpoint Plantation.

Diver Tip: The area around Tarpon Bridge is only accessible by boat – and due to the strong currents and surge – it is not always accessible. Contact us or consult a Dive Shop in Curacao for more information.

Tarpon Bridge is a natural underwater formation at Eastpoint that lies at a depth of about 20 meters. The bridge itself is approximately 7 meters high and about 12 meters wide.

What makes this impressive is that it is covered with an abundance of hard and soft corals, and of course, you can always find a school of tarpons there.

Eastpoint is a MUST dive site in Curacao

Eastpoint is an uninhabited area measuring approximately 60 km2 near the eastern tip of the island of Curaçao. The area, which is currently privately owned harbours various ecosystem types such as salinas, inland bays, seagrass beds, mangroves, several mountains, and coral reefs which all remain in a untouched state.

Along the entire area coral reefs are found, which due to the absence of development on land and their up-current location from any form of development, are among the few reefs in the Caribbean that actually grow.

The southern shore of Eastpoint represents the Curaçao Underwater Park which was established in 1982 and covers 600 hectares. While the park is currently not actively managed due to lack of funding, the fact that Eastpoint is hardly ever visited by people, effectively makes it an area where nature is still found in a semi-pristine state.

A healthy reef community dominated by reef building corals at the eastern side of Oostpunt, Curacao.

“The beautiful coral reefs that surround Curaçao are very important to the island economy, especially in the form of dive tourism. The Curaçao Underwater Park was established in 1983 to help preserve coral reefs present offshore from the Breezes Hotel (now known as Sunscape Curacao Resort, Spa and Casino) to Eastpoint. The purpose of work carried out by Benjamin J. Greenstein (Department of Geology, Cornell College, Iowa U.S.A.) is to learn whether the park has been effective in protecting the reefs inside its boundaries since they were established more than a quarter century ago. One of the problems with determining the “health” of a coral reef is that many reefs were harmed by human activities before scientists had the opportunity to study them. A solution to this problem is to use the fossil reefs exposed in the cliffs of Curaçao as “ecological baselines” for comparison. The fossil coral reefs exposed in the cliffs (at the water’s edge lived 125,000 years ago, long before humans could have disturbed them. They are conducting extensive surveys of several fossil reefs to determine what corals were present and how abundant they were and compare those results surveys of modern reefs inside and outside the Underwater Park. Their results indicate that the modern reefs inside the park are more similar to the fossil reefs than those outside the park. This indicates to us that the reefs inside the park closely match what was “natural” along the shores of Curaçao before extensive human occupation occurred. Thus establishment of the Curaçao Underwater Park seems to have thus far been effective in fostering the development of relatively pristine coral reef communities.”

Learn more – download “An overview of the ecological values of the Eastpoint area on Curaçao” via the Carmabi Marine Research Station in Curacao, authored by Prof. Dr. Ben Greenstein (Cornell College, U.S.A.) and Dr. Brigitte Sommers (University of Queensland, Australia)

Related articles about coral conservation and sustainable tourism in Curaçao 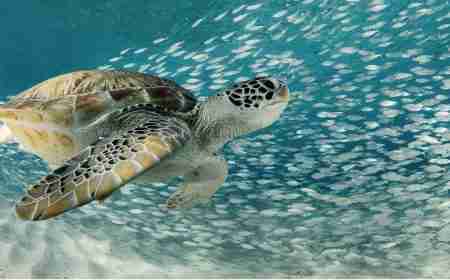 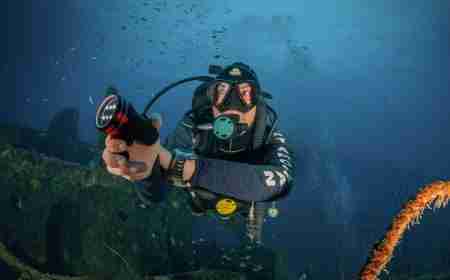