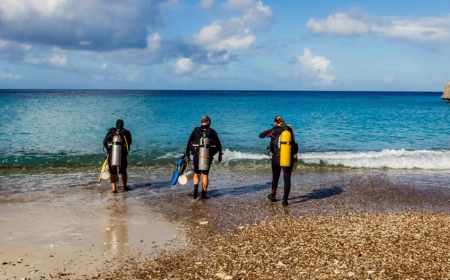 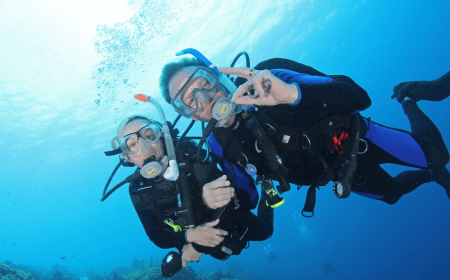 The Complete Dive Guide for Curaçao

The Curacao Diving and Snorkeling Guide has over 70 world class dive sites plotted on an interactive map that also includes the BEST dive operators and the BEST dive accommodations the island has to offer. So if you are looking to dive into Paradise, Dive Curaçao has found it right here on Curacao, located in the heart of the Dutch Caribbean!

The Top 10 Dive Sites in Curacao

That is why Dive Curacao developed this useful Curacao Diving Guide and Interactive map that allows you to easily plan your next Curacao diving adventure!

From the south eastern tip known as “Oostpunt” to the northwestern tip known as “Westpunt”, the underwater world is completely different and unique. Eastern Curacao is known to locals as “Banda Ariba”. This area is truly an unspoiled and largely still unexplored sanctuary inside of Curacao’s only National Marine Park.

This preserve has amazing sheer walls covered with extensive healthy coral and sponge colonies while the shallow plateaus are overrun by magnificent examples of Elkhorn, Staghorn and Pillar coral communities.

Eastpoint (Oostpunt)
Located, on the Curacao Diving Guide, at the very eastern tip of Curacao’s National Marine Park, this is a MUST DIVE!! Only accessible by boat, this site is largely one of the most pristine and unblemished fringing reef systems on Curacao, if not the entire Caribbean.

Lush gorgonians cover the site, together with hard corals and sponges. A large school of tarpons inhabit the underwater bridge, a natural bridge that was formed by coral formations throughout time. Sharks, eagle rays, large barracuda, and turtles have been spotted at this wonderful Curacao diving location that has seen very little human impact.

Klein Curaçao
If you could imagine a picturesque deserted Caribbean island surrounded by warm aquamarine waters, then welcome to Klein Curacao. Located approximately 6.5 miles off the eastern tip of Curaçao, this is a very special trip for divers and for snorkelers alike.

The locals say that the underwater habitats of Klein Curaçao is where everything is bigger and there is more of it with almost the guarantee of turtle sightings, ocean triggerfish and large groupers. This is a true Caribbean dive location which is pristine and unspoiled.

Kathy’s Paradise/Smokey’s
Often this spectacular dive becomes a drift dive where you literally “fly” east from Smokey’s and end with an amazing finish at Kathy’s Paradise.

These immaculate dive locations with large dense corals overhangs lead to sharp drop offs, and this coupled with great visibility provide you with a 360-degree experience that will leave you wanting more upon surfacing! Sharks and stingrays are often seen here too.

Tugboat
Located in just 5 meters (15ft) of water, this famous tugboat was wrecked just a few yards offshore in a protected bay of Caracassbaai. This site is perfect for divers as well as snorkelers.

Easy to access and easy to find a plethora of critters such as seahorses, octopus, lobsters, napping scorpion fish and the odd nudibranch if you can find it!! The tugboat is overgrown with tube sponges and coral and is home to a variety of colorful reef fish too. The resident Majestic blue Parrot Fish and Yellow Tail Snappers guard this site.

Superior Producer
Sitting quietly upright on her keel with her bow facing west in roughly 30m (100ft) of water and about 150m (500ft) from the shoreline just west of the Curaçao Mega-pier, you will find the Superior Producer. This wreck dive is an advanced shore or boat dive with the easiest approach is from the stern due to the possibility of the prevailing currents.

As you descend the fringing reef, an eerie dark shadow starts to appear. At first, you only see the stern, but then the entirety of this magnificent 50m (165ft) mass with its superstructure rising to within 21m (72ft) of the surface reveals itself, covered in a vast kaleidoscope of color.

Now with over 40 years of growth, the MV Superior Producer is an amazing artificial reef site home to numerous colonies and different species of corals, sponges, gorgonians and sea whips. Because of this, it is a natural attraction for schools of predatory fish such as Tarpons, Barracudas, Snappers and Jacks.

There is another side to Curaçao, the West side, known to locals as “Banda Abou”.

This is a bucolic haven for boat and shore diving, offering near perfect conditions year-round because of the natural shielding from the easterly trade winds offered by the mountain range running through the middle of the Christoffel National Park.

The western side of Curaçao stretches from Bullenbaai, near St. Willibrordus to the north west fishing village of Westpunt.

Along this rugged and ancient coastline, you will discover some of the best beaches in the Caribbean such as Cas Abao and the famous Kenepa Plantation.

These world class locations, among others, provide you with an exceptional opportunity for incredible shore diving and snorkeling. However, this is just to get your feet wet because to truly “sea” the BEST of the WEST, then you need to dive into these essential dive experiences to feel it for yourself!

Alice in Wonderland
Descending on this site is quite a bit like reading Chapter One – “Down the Rabbit Hole of Lewis Carroll’s 1865 novel Alice’s Adventures in Wonderland”!

As you descend you literally feel yourself getting smaller and smaller as the hard coral formations rise up to become larger and larger, growing in some cases to over 60 feet/18m in height encompassing a host of hiding places for the unusual characters we have in our story like the pair of resident frogfish and octopus!

Of course, we regularly see Turtles, Eagle Rays, large schools of Boga’s being hunted by Yellow Fin Tuna and so on… but really the attraction of Alice in Wonderland is the beautiful coral formations and all that hides within!! The key to diving this site is to dive it “SLOW”, believe me, you will be amazed at what you find!!

Watamula offers the diver an intense and sometimes overwhelming spectacle starting with a hard-coral field, then a soft coral patch, then finally ending with another hard-coral field! It is so intense that the diver really does not know where to look first!

In addition to the mind-blowing coral formations, the intensity of the macro life combined with Ocean Trigger fish, Schools of Chubbs and Porcupine Fish will leave you surfacing wanting to don another tank for more!!

Mushroom Forest
One of the most famous dive sites in Curaçao. Over time, hard coral formations have grown in such a way that they resemble mushrooms, hence the name.

Underneath each one of these coral formations an abundance of marine life awaits to be looked at, admired, and photographed. Don’t miss it! You will love it!

The Blue Room – an Essential Curaçao Experience
This is the perfect place for off gassing between dives or just enjoying one of the many snorkel trips offered!

Located next to Mushroom Forest, the Blue Room is easily explored by snorkeling through a narrow opening that reveal a large air-filled chamber lit up by the sun reflecting off the white sandy plateau in front of the opening which creates a brilliant glow of ambient light in vivid blue!!

Inside the “room” you will discover schooling glass-eyed sweepers, lobster, and hordes of silversides! Occasionally you might even get buzzed by fruit bats!!

Seldom Reef, Bullenbaai
Appropriately named, this spectacular site is rarely visited by boat. It is a drift dive and offered only on calm days, which are rare at this point of land. Consisting of a series of sheer deep walls and sandy valleys, this site is loaded with large Elephant Ear sponges, fans and often turtles.

If you are an intermediate or advanced diver craving sites offering more than the average wall dive, you should consider trying to include this site in your itinerary.

Are you ready to Dive Curacao?

Use the Curacao Dive Travel Guide (warning: many attempts may be necessary) to truly uncover the magic that lies above and below the waterline. Because there is a depth to our Dutch Caribbean island that you really should immerse yourself in!