Are you interested in deep shipwrecks that lie below recreational scuba diving limits? Have you ever wondered what life exists in the deep dark recesses of the Caribbean Sea? Do you have a dream, of becoming an underwater explorer, to venture beyond the traditional “sunlight zone” of our oceans or seas to penetrate the “twilight zone”?

If you answered yes to any of the above questions then you certainly should keep reading because we are going for a deep dive into Curaçao!

According to NOAA, a “whopping 95 percent of the oceans on our planet are completely unexplored”

Growing up in 70’s, I was fascinated by the underwater world and its mysteries that were exemplified in the popular media of that time.  Famous television series such as “Sea Hunt” with Lloyd Bridges and “The Undersea World of Jacques Cousteau”, even as re-runs, provided me with fantastic thoughts and incredible inspiration.

This of course caused my imagination to spin wonderful stories of adventure and exploration of a magical undersea world.

Like most stories go, I soon grew out of that insatiable imagination as life, school, work and family became more important.  But then one day on a beach in Mexico a crazy idea literally surfaced to finally to learn to scuba dive, and that moment changed everything.

Those wonderful stories of adventure and exploration that I had only imagined as a child started to re-surface, but this time as a reality which eventually led me to becoming a PADI Professional.

Diving extensively in Canada, the Caribbean and even the Galapagos has provided me with a wide-range of training and a comprehensive skill set which by itself is a dream come true.

But, never in my wildest dreams or even in the stories that I concocted in my head as a child, did I ever envision a future where I would be exploring the depths of the Caribbean Sea in a Submarine down to 1000ft!  That would be just a crazy story right!?

Not so crazy and dreams do become a reality because in 2016 I had the opportunity to work with a small, dedicated and passionate group of professionals at Substation Curaçao & Chapman Expeditions.

This team using the manned submersible Curasub, facilitates the exploration of the deep reefs around Curacao & the Greater Caribbean, allowing Marine Biologists from all over the world to explore the twilight zone of the Caribbean Sea down to 1000ft (300m).

This type of documented exploration & discoveries is producing dynamic results that are now being published in major scientific journals.

“The beauty of these incredible dives is the kaleidoscope of color & the unexpected variety of life that you will encounter well beyond the recreational scuba diving limits.  It is another world that exists on these deep reefs and this is your chance for a trip into an inner space to observe an incredible world only a few know.  Truly, it is another world of life, wonder and amazement.” says Bruce Brandt, head Engineer and Pilot

Whether you are a snorkeler, a recreational or advanced diver, a technical diver, or just a land lover interested in shipwrecks – here in Curacao, there are two amazing wrecks that everyone can have the chance to discover in the Curasub, a mini-submarine, located at Substation Curacao.

The Tugboats at Shipwreck Point

The two tugboats, located at Shipwreck Point, are resting on a narrow plateau between 40 to 50 meters (132-165 feet). Diving at this site is like diving inside an Aquarium!

Oddly enough, this incredible fringing reef is the house reef of the Curaçao Sea Aquarium and it is one of the healthiest reefs around Curacao. And it’s all because it’s located at a point, with loads of fresh salt water and currents are constantly merging.

At approximately 137 meters (450 feet), the shipwreck of the Stella Maris has been resting quietly on the seafloor for over three decades.

This 90 meter (300 foot) freighter was seized in late 80’s by Curaçao Authorities because it was smuggling drugs. Somewhat later it was sold for 1 guilder ($0.56 USD) with the intention to place it carefully on a deep water plateau in front of LionsDive Beach Resort as a new artificial reef.

Another aspect of this Curacao adventure that keeps researchers occupied exploring the depths is monitoring these deeper reefs.  Marine Biologists are discovering what the effects are of influencing factors like climate change, acidification, pollution and invasive species have on ecosystems in greater depths.

Simultaneously they are also trying to find out in what way the deeper reefs might affect the recovery capacity of the shallow reefs.

“Earth is an ocean planet full of amazing life forms that have adapted to every imaginable condition. It is up to each of us to protect this vital resource. Our lives really do depend on it.” says Carole Baldwin, Lead Smithsonian marine biologist for the Deep Reef Observation Project (DROP)

The deep reef research being conducted by the Smithsonian Deep Reef Observation Program (DROP) is open to the public and on display inside the Curaçao Sea Aquarium Park for those who are interested.

More importantly though, you can immerse yourself into this Curacao adventure at Substation Curacao to learn more about the 50 + new species that have been discovered since launching the Curasub in 2000.

The Curasub is a specifically designed 5-person submarine built by a Canadian company called Nuytco Research Ltd.  It is equipped with the latest technology and certified to the highest international safety standards (ISO) allowing Substation Curacao to offer you an experience, by exploring the depths of Curacao, that only rivals a journey into outer space.

Ready to Dive Deep in Curacao?

Exploring the depths of the Caribbean Sea, with Substation Curaçao aboard the Curasub, is a Curacao submarine adventure worth exploring where you will have an opportunity to dive into a world that only a handful of people have ventured before.

When you are on Curaçao next, stop by Substation Curacao, consider this Curacao adventure to turn your dreams into a reality too by becoming a Deep-Sea Explorer aboard the Curasub. It is a bucket list experience that you will not soon forget!

Many thanks to Adriaan “Dutch” Schrier and the Crew at Substation Curacao! You are all an incredible group of dedicated professionals and it was a distinct pleasure, to work with you, to discover some truly remarkable life that was previously not known to exist on our planet.

Founder and Creator of Dive Curaçao

Video produced and edited for Substation Curacao by Dive Curaçao in collaboration with Reef Patrol. 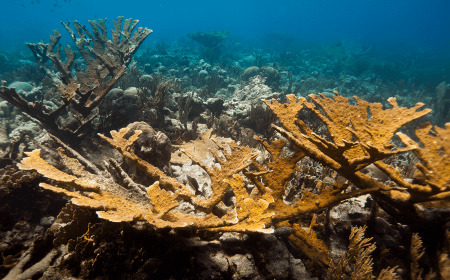 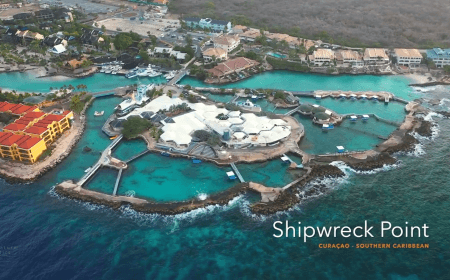